Test Conferences held in April were a Huge Success!

• The UK government’s Events Research Programme has resulted in just 15 cases of COVID-19 among 58,000 attendees. This includes four cases during the 17-day World Snooker Championships held indoors in Sheffield, two cases among 5,900 music-lovers at an outdoor music festival, and nine cases among the 6,000 partygoers attending two nights at a mask-free nightclub. There were zero cases at the BRIT Awards and no cases at reduced-capacity football matches at Wembley Stadium. The programme has been dubbed a success by the Culture Secretary, Oliver Dowden and offers hope for a full England reopening on June 21. The government is now commissioning a second round of trials with larger crowds at big venues.
• Ireland’s Culture Minister, Catherine Martin, has confirmed that test events will be taking place across the country in June and July. Details are still being confirmed – for example, whether tickets will go on general release and whether antigen testing will be required. The events will cover a wide range of music genres as well as comedy and theatre.
• The UK’s vaccination programme is still going strong, with more than 60 million doses of the vaccine now administered. Over 40% of adults are now fully vaccinated, while 72% have received at least one dose.
• A study has found that both the Pfizer and AstraZeneca coronavirus vaccines are highly effective against the Indian variant after two doses. Health Secretary Matt Hancock said this made him “increasingly confident” that England will be able to enter its final stage of lockdown easing on June 21. 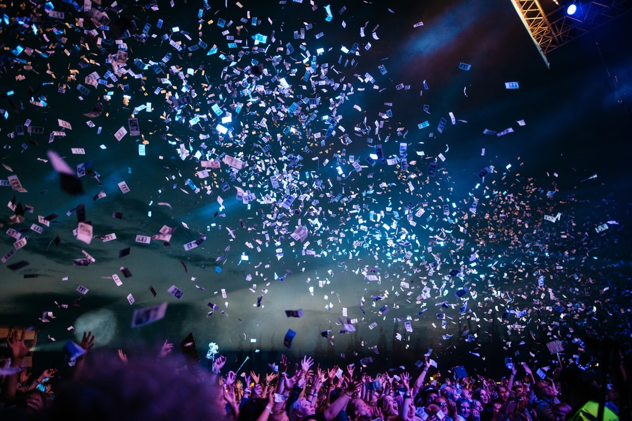 An Overview of current restrictions as they affect conferences, events and meetings, as of the 28/5/21

Currently, the four nations of the UK are working towards their own roadmaps out of lockdown that will be based on data, rather than set dates.
England
Despite the rise of the Indian variant in parts of England, the nation is still on track for the lifting of restrictions on June 21. Residents of Bolton, Blackburn, Darwen, Kirklees, Bedford, Burney, Leicester, Hounslow, and North Tyneside have been asked to meet outside where possible and minimise travel. Otherwise, the country has been under looser restrictions since May 17.
Indoor entertainment spaces like cinemas, museums, theatres, and sporting venues are now open. Plus, live events are back – albeit with capacity and social distancing measures in place.
Capacity for events is limited to 1,000 people indoors (or 50% of the venue’s capacity if lower), 4,000 outdoors (or 50% of the site’s capacity if lower), and 10,000 (or 25% of the venue’s seated capacity if lower) for large spaces like stadiums.
Social gathering rules are more relaxed, with up to 30 people allowed to meet outdoors. Two households can mix indoors, with the rule of six applying in hospitality settings. Speaking of which, pubs, bars, and cafés are allowed to serve indoors.
If key statistics, including infection rates, remain at a sufficiently low level, then all legal limits on social contact will be removed on June 21, and sectors that remain closed such as nightclubs can reopen.

Mainland Scotland (excluding Glasgow City) was downgraded from level three to level two on May 17. Up to six people from three households are able to meet in indoor public places, such as bars and restaurants, while eight people from eight households can meet outdoors. Hospitality venues are allowed to serve alcohol indoors until 10:30 p.m., and venues such as theatres, cinemas, and bingo halls can reopen. Outdoor adult contact sport and indoor group exercise classes have also resumed.
The Scottish islands, apart from Skye, are under more lenient level one restrictions. If key statistics remain low, the rest of the country should follow on June 7. This means that life will be almost back to normal with FACTS guidance – wearing face coverings, avoiding crowds, regularly washing hands, staying two metres apart, and self-isolating if symptoms appear – still in place. The goal is to move down to level zero by June 28.
Wales
Wales has been under level two lockdown restrictions since May 17. Pubs, cafés, and restaurants can open inside with six people from different households allowed to gather. People who don’t live together, or who aren’t in a bubble, need to maintain a two-metre distance. Cinemas, theatres, and museums are also allowed to reopen. However, there are numerous restrictions in place. For example, customers will need to be seated when ordering food, present details for track and trace, and record the time that they leave the venue.
Mark Drakeford is set to announce the results of the latest review into COVID-19 restrictions on June 4. It’s hoped that the country will be moving into level one restrictions on this date.

Northern Ireland took a big step out of lockdown on May 24. Indoor hospitality and visitor attractions are now allowed to reopen, six people from two households can meet in private homes, and up to 500 people can attend outdoor sporting events. Group exercise classes will be allowed to resume, as will wedding receptions and funeral wakes.
The next review of restrictions will take place on June 10.

At the end of April, the Irish government set out its plan for leaving its strict level five lockdown. Since May 17, all non-essential shops have been allowed to reopen. Venues like museums, galleries, and libraries have also been open since May 10.
The number of people allowed to attend religious services like weddings has risen to 50. But wedding receptions are still limited to six people indoors and 15 outdoors. Team sports training, however, is allowed for up to 15 people. And three households, or six people, are allowed to gather outdoors in public and private spaces. Vaccinated households are also allowed to meet at home with a non-vaccinated household, giving grandparents the chance to hug their grandchildren.
The next proposed dates are:
• June 2: Hotels, guesthouses, and self-catering accommodation can operate.
• June 7: Pubs and restaurants can open for outdoor service and you can have up to one other household in your home. Up to 25 people can attend wedding receptions, gyms can reopen, and sports matches can be held without an audience.

As restrictions continue to ease, many venues and creators are bringing back live events with additional health and safety measures in place. Use the following for inspiration:
• The Wild Indie Scifi & Fantasy Film Festival is showing shorts from around the world, with prizes for the best ones. It’s operating its 236-seat venue at less than half of the normal capacity. And rather than letting people choose their own seats, they’re being allocated by the events team. Family groups and bubbles of up to six are allowed to sit together.
• One of London’s top R&B nights, Supa Dupa Fly, is hosting Block Party Brunch events. As groups of 30 can now mix outside, the organisers are asking large groups to book multiple tables. Attendees are encouraged to party at their own tables without mingling with other groups, and not to bring cash as all payments should be contactless.
• Mayflower 400 UK is hosting a number of events that were postponed last year to commemorate the 400th anniversary of the Mayflower ship sailing from England to America in 1620. While the events are being held in July, when all restrictions will hopefully be lifted, the organisers have included some guidance. For example, on their Roots Up! and Soundwaves Festival page, they note that attendees may have to have their temperature or a test taken prior to entry.