Home›News›Let’s all just put the kettle on!

Let’s all just put the kettle on!

There’s a lot of worrying news out there at the moment. At Cavendish venues, we are not immune to bad news.  We watch the same news bulletins as you do, we hear the same updates as you do and we’re just as weary as you.

Quite frankly, we’ve heard enough. It’s time to turn off the news for just a little while and do what we do best: stick the kettle on and have a biscuit. 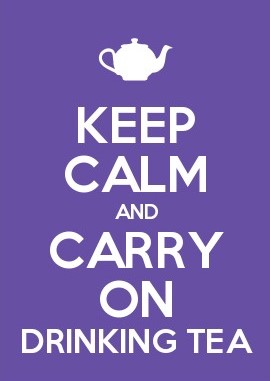 After the shock news just a few years ago that we’ve all been eating our chocolate digestives wrong since the start of time, we thought we’d give you a few minutes of Covid-19 freedom with something nice to read whilst you grab that cuppa.

It is, in fact, those famous sea voyagers you can thank for this classic British tea-time snack. Stemming from the Latin word ‘bis’ meaning ‘twice’ and ‘coctus’ meaning ‘baked,’ the original biscuits were a twice-baked, crunchy delight, perfect for long voyages at sea due to their long-lasting freshness. Nowadays though, we just bake them once – I’m not sure they’d be around long enough for a second bake!

Us Brits managed to scoff an extravagant 420,000 tonnes of biscuits in 20161, with the little snacks managing to bring in sales of £1.8 billion that year. With Digestives being originally founded to aid digestion, I suppose we could argue that they’re sort of healthy?

The original Digestive biscuit was a secret recipe devised by Sir Alexander Grant in 1892, and this is the recipe that is still used today. They received their royal seal of approval when they made Queen Mary and King George V’s wedding cake in 1893. Not too long after, in 1910, the good old Bourbon biscuit arrived, taking its name from the European Royal House of Bourbon, who ruled France in the 16th century. Oh, and if you ever wondered what the best way to dunk your digestive is, according to research by Bristol University in 1998, you should be dunking horizontally!

Where do you stand on the great Jaffa Cake debate? Is it a cake? Is it a biscuit? According to a survey, it’s the UK’s favourite biscuit! Every age group except for 35-44 and 65+ chose the chocolate orange delight as their ultimate favourite last year. Our beloved Digestive came in 9th place with its chocolate counterpart coming in 4th. Of course, Londoners like to go a little more posh than a standard Jaffa Cake; London, Wales and the North East of England all chose shortbread as their preferred dunking choice!

Do you agree with the nation’s choice? We’d love to hear your opinions! And if you love making biscuits as much as you love eating them, keep your eyes peeled as you might find some recipes appearing here!

For the meantime, enjoy all the biscuits you’d like, especially if you’re working from home with no one to keep count!

From all of us here at Cavendish, we hope you continue to stay safe and well. Remember you can find all the latest from the Meetings Industry Association here: https://www.mia-uk.org/Coronavirus or check the NHS website. 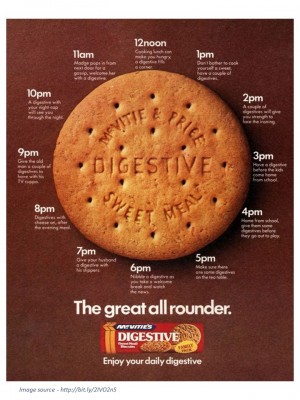