Our sponsored team Interwood FC took all 3 points in a nail biting 3-2 win on Sunday to win the U15 Echo Premier League for the 2015 2016 season. Following the win were just 4 points ahead of their nearest rivals – who also won on Sunday – however with their rivals having just one more game to play Interwood cannot be caught. The team still had two to play and so could potentially increase their lead and total points tally. 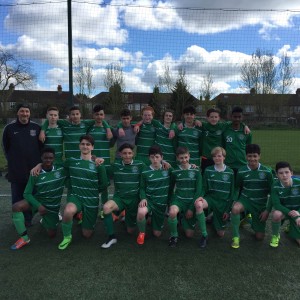 The run in to the title was certainly not plain sailing.

Following their League cup upset some weeks ago Interwood bounced back with a 4-2 League win however the following week the boys suffered their first League defeat of the season in a 2-1 loss to those same rivals in what was a fairly scrappy and sometimes bad tempered encounter. The following week was revenge of sorts however when the team with 5 players missing due to holidays – defeated their League cup conquerors 2-0. The week after this was crucial. The squad had a rest week however their rivals played back to back games and could only manage a draw in both and so gained just 2 points from a possible 6. The title was now in Interwood’s hands and on a sunny Sunday in E17 the lads kept their cool – just – and did the business to secure the title. 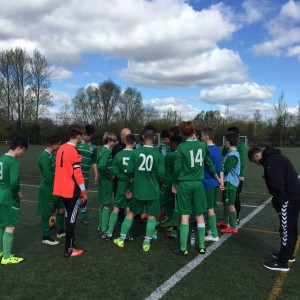 Our sponsored team Interwood finished the season in style with a 7-0 win to conclude their 2016 campaign.

The last game of the season was a sunny day in White Hart Lane with Tottenham playing just down the road. Spurs were eventual losers – unlike our boys!

In a free-scoring match Interwood were at their best with some excellent passing football, rock solid in midfield and defence, and with some classy individual and team goals. Coach Dave was happy (unusual!) and so a very satisfying end to the season.

The final table has Interwood with 49 points of a possible 54 – 16 wins with just 1 draw and 1 loss for the season.

Once again well done lads and best of luck for next season! 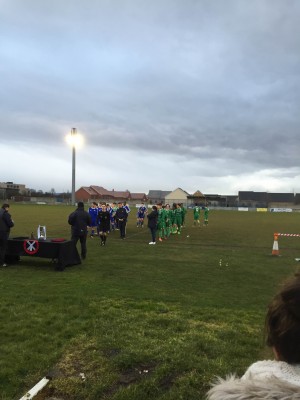