Today, 19th November 2019, is International Men’s Day. This day is commemorated worldwide to shine a spotlight on men who are making a positive difference and to raise awareness of issues that men face on a global scale. 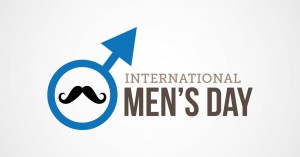 With suicide being the biggest killer of men under the age of 45, according to charity Calm (Campaign Against Living Miserably), encouraging people to have open conversations about topics such as men’s mental health and male suicide is essential.

The aim of International Men’s Day is to celebrate positive male role models and to raise awareness of men’s issues.

These include topics such as mental health, toxic masculinity and the prevalence of male suicide.

In the UK, men are three times more likely than women to take their own lives, according to emotional support charity Samaritans.

Earlier this year, it was revealed that male suicides in the UK had dropped to their lowest rate for more than 30 years.

“The observances of International Men’s Day are part of a global love revolution,” said Dr Teelucksingh.

“International Men’s Day is observed on an annual basis by persons from all walks of life, who support the ongoing effort to improve lives, heal scarred hearts, seek solutions to social problems, mend troubled minds, reform the social outcasts and uplift the dysfunctional.

At Cavendish Venues we celebrate International Men’s Day and we will donate £10 to the charity Calm (Campaign Against Living Miserable) for any enquiry from a men today!