Home›News›Good prospects for industry in 2019

Good prospects for industry in 2019

Prospects for the UK’s meetings and events venues remain good for 2019 despite trading against a backdrop of ongoing political and economic uncertainty, says the Meetings Industry Association (mia).

According to figures gathered by the mia, daily delegate rates (DDR) and 24-hour residential rates rose 4% and 9% respectively in the first quarter of this year, continuing a steady upward trend of 2018 when rates rose 2% overall.

Average DDR rates have risen as much as 30% over the last four years, with the biggest increase recorded in the South West and East Midlands according to the mia’s online benchmarking tool miaTouchstone.

Figures from the latest miaTouchstone report reveal the average DDR is now £44, with rates in central London above £60 and outer-London and the South East typically around £45-£50.

The average 24-hour residential rate now stands at £150, with the range between the lowest and highest regions narrowing to £130 and £170.

While the economic and political uncertainty brought about by Britain’s plans to leave the EU appear not to have impacted rates, it could be responsible for a ‘disappointing’ drop in the number of meetings per venue in the first quarter of 2019.

The average number of meetings per venue held from January to March this year were ‘well down’ on those held during the same periods in 2018 and 2017, which the mia believes could be due to a loss of confidence among clients as the UK approached the initial Brexit deadline of 29 March.

The drop in the number of meetings held during the first quarter of this year, is nevertheless being regarded as a blip, thanks to enquiry levels increasing by 5% in January to March compared to the same period in 2018.

Jane Longhurst, chief executive of the mia, said: “miaTouchstone’s review of enquiry levels is a key indicator of future prospects for the meetings and events industry and with those levels continuing to rise, we are optimistic that this year will end on a positive note.

“While the average number of meetings is down for the first quarter of this year, the fact that both DDR and 24-hour residential rates have risen suggest the sector is operating efficiently and robustly.

“We are aware that the uncertainty created by ongoing Brexit negotiations has made the trading landscape difficult for all sectors of the economy and will continue to do so into the near future, but giving participating members access to miaTouchstone means they are able to monitor and benchmark their activity against their peers so they can plan more effectively during this volatile period.” 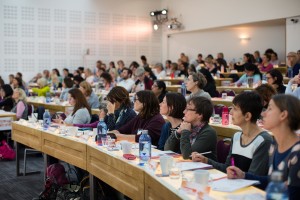 Here at Cavendish Venues we offer a wide range of conference rooms across Central London, from meeting rooms for 2 to training rooms and workshop spaces for up to 60 and conference rooms for up to 270 guests. Our exhibition spaces can accomodate up to 20 stands with catering in the same room and all our London conference venues are equipped with state of the art AV equipment and excellent in-house catering team. If you are looking for a perfect and unique London event venue, there is a great chance we will be able to help!