We are proud once again to be hosting a major exhibition by the New Constructivists Artists Group. This is part of the Cavendish Conference Venues CSR policy of donating wall space to local artists groups thereby offering them exposure to the 80,000 + attendees who pass through our doors every year.

New Constructions builds on the original constructionist movement. A movement which flourished particularly in Russia in the 20th century, particularly at the time when the Bolsheviks came to power. It sought to move beyond the artists concerns with composition and replace it with constructionism. The latter involved a ‘scientific’ understanding of the materials used, the material and their fundamentals would then determine the form. It was hoped should lead to the mass production of art. The seed of Constructivism was a desire to express the experience of modern life – its dynamism, its new and disorientating qualities of space and time. But also crucial was the desire to develop a new form of art more appropriate to the democratic and modernising goals of the Russian Revolution. Constructivists were to be constructors of a new society – cultural workers on par with scientists in their search for solutions to modern problems. 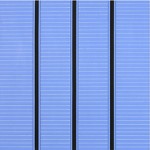 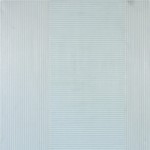