The event brings together over 15,500 international industry professionals representing over 150 countries and 3,000 leading brands showcasing their products and services. 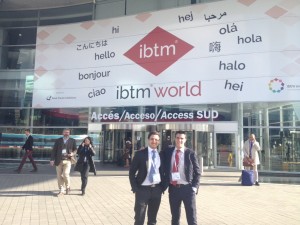 Last year, Director of Sales Paul Martins and Event Sales Executive Hadleigh Miles Solorio represented as Cavendish Venues took its first steps at the show. Enquiries organically generated from meeting agents and hosted buyers on the exhibition floor and at the networking opportunities brought an instant healthy return in confirmed business from relative outlay to attend!

Not only that but it was useful to engage with fellow venues who were on the London & Partners and Visit Britain stands. Visibility at industry expos is key was the message taken from discussions with experienced figures such as Jackie Boughton at the Barbican and Sue Etherington at the QEII Centre. 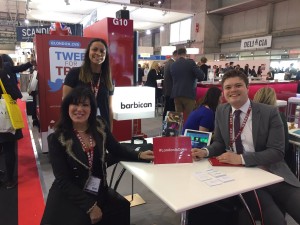 This year, further pre-planning at Cavendish Venues was done to arrange meetings with Hosted Buyers and booking agents at the show and at the networking events.

This allowed for discussions with corporate bookers such as Barclays and Schroders Investment Management and agents such as Grass Roots, Helms Briscoe, Banks Sadler, Yellow Fish, The Venue Booker and Universal City Conferences to name a few. 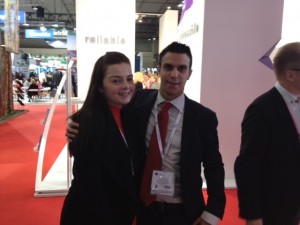 Equally and following extensive research with the industry IBTM World’s Knowledge Programme was also developed to reflect the needs of both exhibitors, Hosted Buyers and visitors.

The new theme of Industry Trends kicked-off with a highly topical session – The Impact of Brexit featuring James Heappey MP and Chair, All party Parliamentary Group for Events, UK Parliament. The session discussed and debated the possible impacts of Brexit on the global meetings industry.

The show is constantly evolving and innovating to stay ahead of the market. Global exhibitors and industry professionals gather to attend each year and the unique Hosted Buyer Programme sets the show apart from other exhibitions, hosting top level decision makers who place international business, and facilitating one to one appointments between exhibitors and buyers. 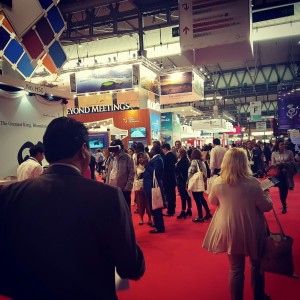 An example of this was the MPI Rendez-Vous evening event hosted by Mr Holland held at Opium which this year asked for an entry fee to help give back to the events industry. 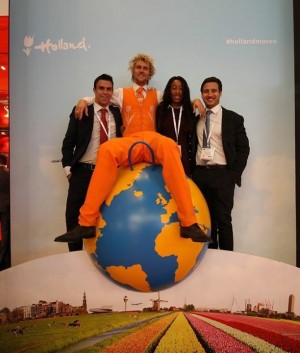 The MPI Foundation invests all proceeds into Europe’s meeting and event industry through scholarships, grants and research. 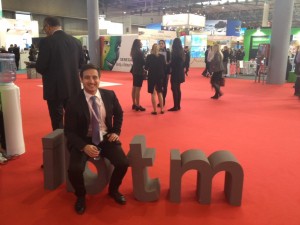 This wasn’t the only opportunity to interact with attendees outside the exhibition. Steve Knight hosted a wonderful reception drinks on behalf of The Meetings Show which was held at the Aguelo 013 Restaurant in the Gothic of the city. 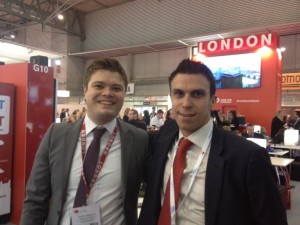 IBTM 2016 showed on first impressions that quality hosted buyers and agents are attending and along with The Meetings Show will continue providing suppliers as well as event bookers capitalize on the value these industry expositions offer in terms of client choice and return on investment. The message that #LondonIsOpen for #EventProfs was also clear as echoed by Cavendish Venues as part of the London City Selection and Westminster Venue Collection.

Incidentally, why not join Paul & Hadleigh at Westminster Venue Collection Showcase on Monday 12th December 2016 at Central Hall Westminster – Pre-register for your place by contacting verity@custardcommunications.com before Big Ben strikes midnight on Friday, 9th December 2016. Places are strictly limited and the Westminster Venue Collection reserve the right to qualify your event planning credentials in order to confirm your place. 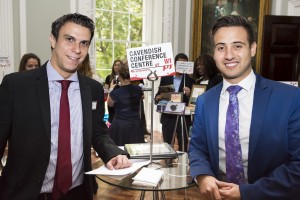 For any event enquiries at Cavendish Venues or even your thoughts on how the IBTM 2016 Show was for you, email paul@cavendishvenues.co.uk