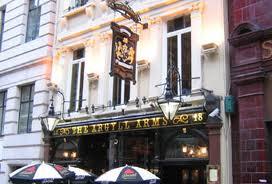 Built 1740-42 but entirely remodelled in 1897, this Grade II-listed building stands as a monument to the opulence and quality of late Victorian pub design. It was made to pull in the punters and, more than a century later, is still worth going inside to gasp at the etched mirrors, woodwork and brown-ridged ceilings. The main bar curves out, naturally leading you deeper into the pub; wandering between the Victorian etched glass and wood partitions that divide the bars (there used to be more, but in 1900 magistrates insisted they went because prostitutes were using them for business) can become pleasantly confusing.

One of Fitzrovia’s old-timers, the Newman is famous for featuring in the first murder scene in Michael Powell’s ‘Peeping Tom’ and for selling some of London’s best pies. It is the pub described by George Orwell in both ‘Keep the Aspadistra Flying’ and ‘1984’. 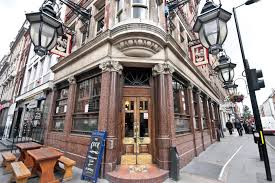 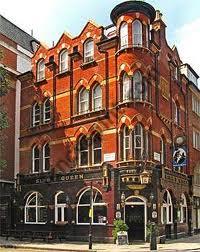 Proper local pub with an upstairs function room that proudly sports a framed Time Out cover (our ‘100 Greatest Gigs’ issue, which celebrated Bob Dylan’s 1962 performance here). It’s also a rugby pub, but you don’t let that put you off; this is an earthy, friendly place that also puts on folk and improv music nights.

Lovely, straight-down-the-line pub with with a well-kept rotating range of St Austell beers. 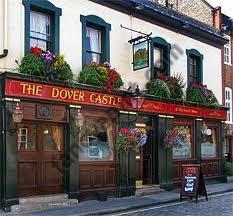 The Fitzroy wears its history with pride. Photos on the wall depict the pub in its heyday, when it was the haunt of hard-drinking boho locals. Originally named The Hundred Marks, the Fitzroy assumed its more familiar identity in 1919 when it was taken over by Polish immigrant Judah ‘Pop’ Kleinfeld. Augustus John, Jacob Epstein and Aleister Crowley were among the regulars. The pub’s reputation as a literary boozer continued until the 1950s: Dylan Thomas, Laurence Durrell, George Orwell and Julian McLaren-Ross were all regulars. It’s now a popular haunt for Charlotte Street’s more parsimonious advertising crowd; parsimonious because this is a Sam Smith’s pub. 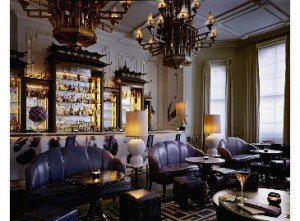 Artesian is the quintessential luxury hotel bar. The opulent lounge at the Langham Hotel is a five-star venue in every sense. It’s a deep, rich, leather-lined space, with a few elegant sprays of flowers and well-placed splashes of colour to keep it from feeling too masculine. The crowd, as you’d expect, are an international mix of hotel guests, socialites and business people. The service is blade-sharp and the drinks are delicious, made from premium spirits and fresh ingredients. Their Strawberry Hill Daiquiri is a delicate, thrilling thing and their martinis are crisp and clean as you could wish. A cocktail grazing menu allows the indecisive to sample several drinks at a time. Prices are high, but then so is the 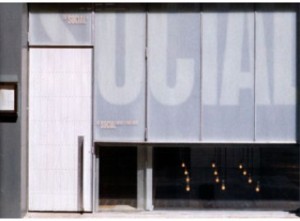 A glass-floored Collection-esque catwalk leads into the ultimate pine experience bar on 2 floors. Media types flock to this windowless pine mecca for pre-club drinks, even queueing for the privilege. Beers not cocktails are the order of the day but you might pick up a nice bit of rough on the way out. 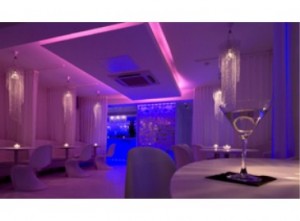 You’ll need to ring a door buzzer to be allowed into this elegant members’ club in Fitzrovia, but hold your nerve because it’s rather wonderful inside: all glimmering, glittering white with subtly shifting lighting and rippling water features. Long white curtains hang around each small table allowing a measure of privacy to those seeking an intimate evening. The cocktail list is full of exciting combinations; we’re particularly taken with the combination of gin, honey water and champagne. Staff are efficient and know what their drinks. The dinner menu is not cheap at £90 for three courses, but it is inspired (the head chef has a background littered with Michelin star establishments), think lobster tagliatelle with chilli and garlic or a dessert of chocolate brownie with salted caramel mousse and tonka bean ice cream 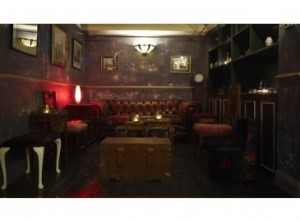 A red neon sign is the only thing to alert you to the presence of this hidden basement bar in Fitzrovia. Make your way down the steps and you’ll find yourself in a dimly lit speakeasy-style space decked out with vintage armchairs, art nouveau sconces, and ornate mirrors. A bottle-lined bar provides a focal point and while the hefty cocktail list favours the classics, it’s not afraid to go off-piste. The Grand Mimosa is a delicious, citrusy mix of champagne, Cointreau, Grand Marnier and orange juice, while the Pontarlier Neuveax blends gin with absinthe, curaçao and grapefruit juice. There’s a small, rather steeply priced wine list – which makes a good excuse to stick to the cocktails