In a gesture of appreciation to frontline medical personnel, people across the nation have been invited to join a mass round of applause from their doorsteps, windows and balconies today at 8pm.

Organisers of the “Clap For Carers” campaign – which started online – say it is being staged because “during these unprecedented times they [NHS staff] need to know we are grateful”.

The Wembley Arch, the Principality Stadium, the Royal Albert Hall and Lincoln Cathedral are said to be among some of the landmarks which are set to be lit up in blue during the salute.

It is part of the #lightitblue campaign which has been organised by members of the events and entertainment industry as a way to say thank you.

From everyone at Cavendish Venues – THANK YOU to everyone in NHS! 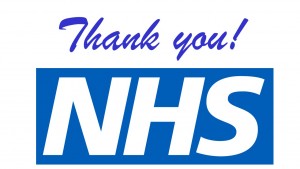