A guide to recently opened Bars & Restaurants in Central London

If you in London attending a conference or meeting or just in London you might find this guide helpful:

Probably the most hype-inducing London restaurant opening of the century, Davies & Brook is the restaurant replacing Fora at Claridge’s Hotel. And here’s the clincher – it comes from Daniel Humm, the head chef at Eleven Madison Park, literally one of the most critically acclaimed restaurants in the world.
Opened: December 9th 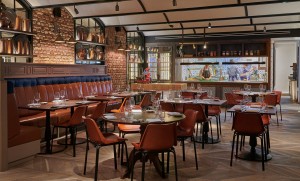 Great Scotland Yard is the next project from super chef Robin Gill.

After thunderous acclaim for his debut restaurant in Clapham, The Dairy, was followed by yet more for his sophomore Sorella, he then went and smashed it for a third time with Daby’s. And this is by far his most ambitious project to date. It’s set in Westminster (literally in Great Scotland Yard), and comprises two restaurants and two bars in a brand new hotel…
Opened: December 8th 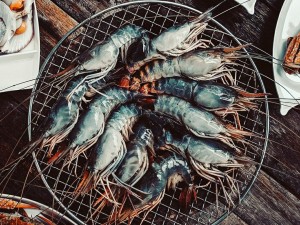 Located in St Katharine Docks a hop and a skip from our America’s Square Conference Centre, this one’s all about seafood. It’ll be grilled, poached, fried, you name it – and it’s all sustainably caught.Opened: December 4th 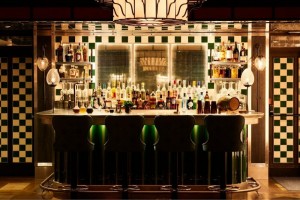 As far as subterranean Indian cocktail bars modelled after art deco train stations go… The Retiring Room is probably the only one. But even in the face of no discernible competition, it’s also the best, thanks to the expertly made cocktails, tasty Indian bar snacks, and beautifully plush interiors, this is another just around the corner from a couple of our venues, Cavendish Conference Centre and the Hallam Conference Centre Opened: November 29th

But so was the first, and second.

For her first branch south of the river, there’s a focus on aperitivo hour, with spritzes and cichetti served overlooking the open kitchen…
Opened: November 27th

For all the multitude of delicious ways to serve rice, by far the best is to drink it.

And now, Covent Garden is one of the best places in London to do that, thanks to Moto, the new dedicated sake bar that’s just opened its doors…
Opened: November 26th 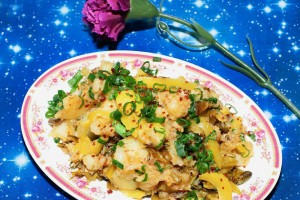 After dozens of successful pop ups and residencies, Lucky & Joy have finally had the joy of finding a permanent spot. They’ve just opened in Clapton, serving their take on Chinese regional cuisine in kitschy surroundings… READ MORE
Opened: November 26th

Covent Garden’s 26 Grains has got a sibling. You’ll find it, funnily enough, on Stoney Street by Borough Market – whose fresh produce they’re whipping into small, varied dishes to share. Plus, there’s an in-house bakery selling pastries to go via a street-facing hatch… Opened: November 22nd 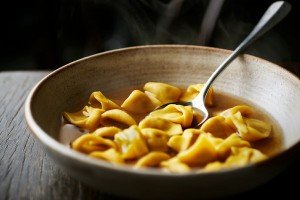 The culinary duo behind one of the biggest hits of the year – 10 Heddon Street – are back with a permanent spot. It’s called Manteca, and just like the original, they’re serving up fresh pasta and nose-to-tail cooking scorched over a grill…
Opened: November 22nd

The two guys behind it have opened the third version of their Australian café-slash-restaurant after crushing their crowdfunding goal…
Opened: 20th November 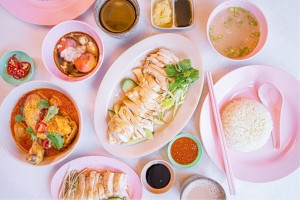 Having opened to the public in 1998, Borough Market comes of age this year. And to celebrate, a brand new section of the market has opened with 25 street food-style traders and a communal canteen, including a new pintxos bar from Mimo, market stalwarts La Tua Pasta, and a Singaporean outfit from chef Elizabeth Haigh…
Opened: November 18th 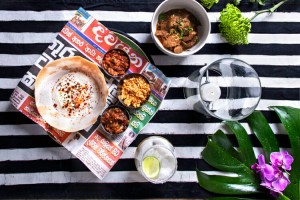 As many have long suspected, Paradise is located just off the back alleys in Soho.

It’s a Sri Lankan restaurant taking over from the old Spuntino space on Rupert Street, following on from a string of highly successful pop ups at places like Brother Marcus, and this is their highly anticipated permanent venue…
Opened: November 18th 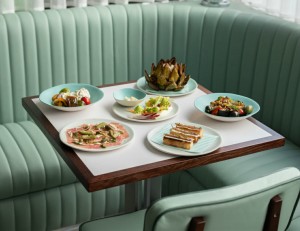 And till now, it’s been feeling cannelloni.

So it’s a good thing that they’ve just opened a second, with a deli under the same roof, just off Granary Square…
Opened: November 15th 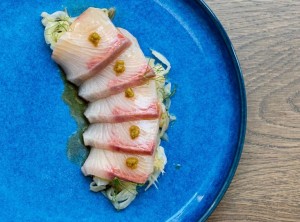 Aussie chef Shaun Presland is bringing a taste of the Pacific to London this year.

And if you’re wondering what that tastes like, it’s something along the lines of sushi that took seven years to study, imbued with a 20 year history training under some of the most celebrated chefs in Japan…
Opened: November 13th

Fittingly for a zero-waste restaurant, Brighton eatery Silo didn’t become obsolete when chef Doug McMaster closed it earlier this year. Instead, he’s brought it to London, where it’s nestled into the expanded Crate brewery as a permanent resident restaurant. You can expect nose-to-tail cooking, fermented herb drinks, and lampshades made of mushrooms…
Opened: November 13th 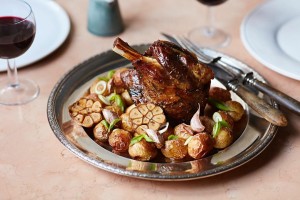 ‘Folie’ translates literally as madness. But opening a glamorous, retro, Riviera-inspired French brasserie in the middle of Soho with an Alain Ducasse protégé in the kitchen seems like anything but…
Opened: November 11th

If you’ve been hoping that one of the Salt Yard founders would open a Portuguese restaurant with his wife in an elegant Covent Garden townhouse, well – today’s your lucky day. Volta do Mar features traditional dishes influenced by Portugal’s historic points of contact around the globe, cooked up by former Fat Duck chef, George Tannock…  Opened: November 11th 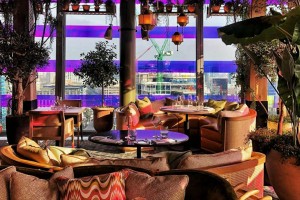 In 2014, BBQ Dreamz decided to open a Filipino street food stall, were spotted by the BBC, thrown into the fiercely competitive show My Million Pound Menu (which they won, securing a tidy 350k in funding), held a pop up in MeatLiquor, serving – of all things – a ten-course tasting menu, and now at last have opened their own permanent restaurant… Opened: November 14th

A new bar has opened in Soho. And it’s in cahoots… with Cahoots. Right opposite London’s preeminent 1940s Underground-themed cocktail den, this new spot is an extension of sorts, with the ground floor (the Ticket Hall) serving booze and grub from 11am, and a subterranean bar (the Control Room) for after-hours music and drinks…
Opened: November 7th 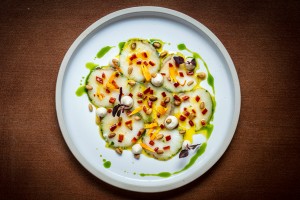 The Gladwin Brothers, responsible for such countryside-evoking restaurants as The Shed, Rabbit and Nutbourne, have decided to bring a little patch of Sussex to Soho with their latest restaurant. They’ve called it Sussex. And it’s excellent.
Opened: November 4th

Wine and laundry might not sound like a great combination. But when it’s in the hands of Melanie Brown – wine expert, sommelier and owner of The New Zealand Cellar in Pop Brixton – you can feel a lot safer. The Laundry is an all-day bistro and wine bar, newly opened in an old Edwardian laundry building that once cleaned sheets for the Orient Express…
Opened: November 1st 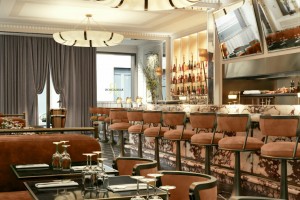 The late Joël Robuchon was one of the most highly regarded chefs in history, holding 32 simultaneous Michelin stars around the globe. Hoping to carry the torch onwards is Le Comptoir Robuchon, a new London opening headed up by executive chef Jeremy Page, who worked with Robuchon for 13 years at the original L’Atelier de Joël Robuchon in Paris…
Opened: November 1st

After a series of critically hailed pop ups, chef Oded Oren has brought his Tel Aviv-inspired dishes to a permanent spot on Hackney’s Shacklewell Lane. Expect the likes of feta and labneh ravioli and squid-stuffed pita, alongside a wine list hand-picked by grape buff Zeren Wilson…
Opened: October 31st 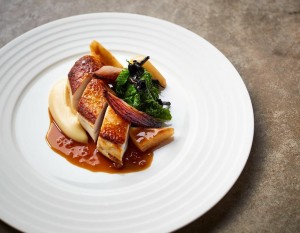 After working at The Fat Duck, chef Jonny Lake has now opened his own solo restaurant.

Big whoop – we hear you say – anyone can flip burgers at The Fat Duck for the summer, that doesn’t make them Heston-bloody-Blumenthal.

Well, no. But Jonny Lake worked there for 13 years, becoming head chef back in ’09, helping the place keep its three Michelin Stars year after year, and working his way up to become executive chef of the entire Heston restaurant group. So, in short, his first solo restaurant is kind of a big deal.
Opened: October 29th

Dream Bags Jaguar Shoes has added even more to its name – specifically, a cavernous basement den that’s a temple to agave spirits. There’s over 60 artisan mescal and tequilas behind the bar, as well as bartenders who’ll mix up cocktails to your own personal tastes…
Opened: October 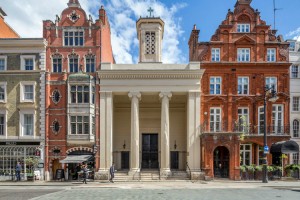 Get ready to compare the Mercatos.

Asides from the dozen or so artisanal food stalls, there’s also a deli, a florist, a craft beer taproom, and a rooftop bar…
Opened: 25th October
– 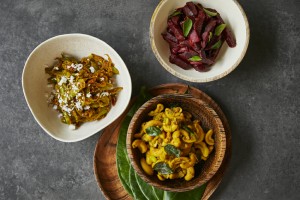 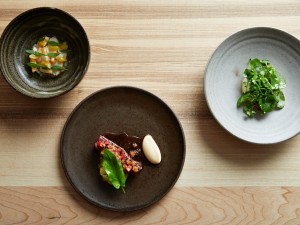 That space – which is co-owned by Sir Terence Conran – has gone through several changes over the years and most recently housed the charcuterie-heavy French spot Tratra, which lasted for almost two of them…
Opened: 16th October 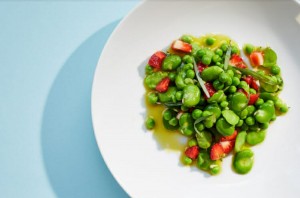 Legare, meaning “to bind”, has legared itself the current frenzy for fresh pasta in the capital, by opening in the shadow of Tower Bridge…
Opened: October 14th 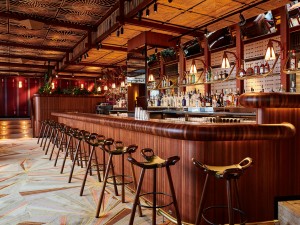 If you like conspiracy theories, you’ll be pleased to know that on the 10/10/2019, Decimo (meaning ‘tenth’) opened on the tenth floor of The Standard, the new hotel at… 10 Argyle Street. And if you like food, you’ll be pleased to know that the man running it is none other than double Michelin star holder, Peter Sanchez-Iglesias. Could be a solid 10/10… Opened: October 10th 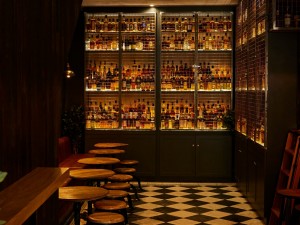 Milroy’s – the iconic whiskey merchant that opened in Soho in 1964 – has opened a new multi-bar venue in Spitalfields.

The company already has one fantastic little speakeasy tucked away below its shop (and behind a hidden shelf), but the second venue boasts a much bigger capacity, with enough room to fit 140 discerning drinkers…
Opened: October 4th

Thank you to the nudge for much of this

if you are looking for a venue to host your conference/meeting or training event in Central London look no further than Cavendish Venues. Award-winning spaces combining fantastic facilities with industry-leading environmental credentials and superb customer service.