Only 28 cases of Covid-19 were recorded after nine large-scale live events studied to assess the impact on transmission of the virus, a government report says. A total of just over 58,000 people went to the indoor and outdoor events but there were “no major outbreaks”.

Pilot events included the ACC business conference in Liverpool with 149 participants. The Events Research Programme was commissioned by the prime minister in February to test how mass gatherings could be held safely, and what measures would help reduce the risk of the virus spreading.

The government is due to set out its plans for this before 19 July – the current date for the final easing of lockdown restrictions in England.

The nine pilot events studied were:

*There was a total of eight cases across these three football events.

All attendees were required to provide a negative lateral flow (rapid) test before they could enter the events. They were also asked to take a voluntary PCR test (which is sent to a lab) before and after the event. “Low uptake of PCR testing before and after events meant evidence of direct transmission at events was challenging to determine,” the report says.

Some 26-31% of attendees returned a PCR test after an event, but researchers said they also tested their close contacts and those of people who tested positive to find out more about potential spread. Data on cases in the local populations who made up the audience at the events, such as Liverpool, were also studied. But the report says the figure of 28 positive cases at events – 11 identified as potentially infectious and 17 as potentially infected at or around the time of an event – should be “interpreted with extreme caution”. This is because of “relatively low levels of community prevalence of Covid-19 at the time of running the first phase of pilots” – and the spread of the now-dominant Delta variant could increase those figures, the report noted. ‘Outbreak of joy’

Prof Iain Buchan, public health expert from the University of Liverpool, who was involved in the study, said: “The single most important thing people can do is get vaccinated to make events happen”. He said he had witnessed “an outbreak of joy rather than an outbreak of virus” at the events. The next phase of the events research programme will include tennis’s Wimbledon Championships, golf’s Open Championship, the Goodwood Festival of Speed and the Latitude Festival. Teams from the University of Liverpool, Loughborough University, University College London, the University of Edinburgh and Movement Strategies, a company that specialises in people movement and crowd dynamics, carried out the main research. 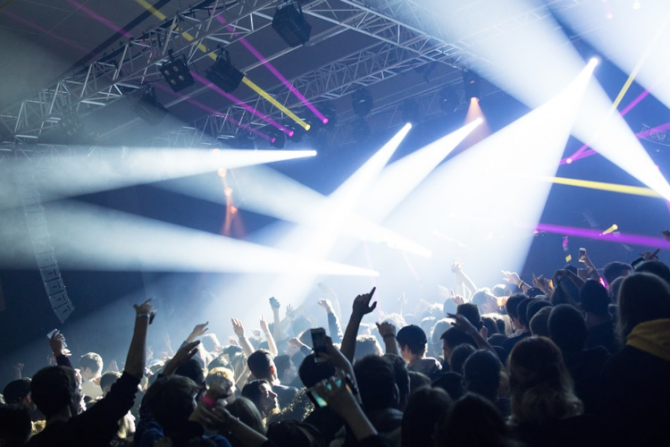 Cavendish Venues have been verified by Hospitality UK as compliant with the governments covid security requirements, see HERE for a full list of the measures we have taken.