Our central and west-end Conference Centres are based in the heart of London top best, infamous, historic landmarks. Delve into the ancient tales and modern skyrise architecture and make the most out of your visit at our London Conference Venues. 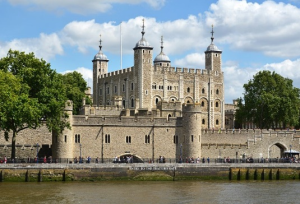 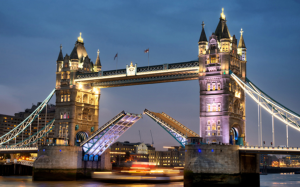 America Square Conference Centre offers outstanding transportation links and is right around the corner from the royal palace of Tower of London. It’s a breath-taking royal castle, secure fortress and infamous prison.

Get up close and personal with The Crown Jewels, part of the Royal Collection, which are the most powerful symbols of the British Monarchy and hold deep religious and cultural significance in our nation’s history.

Meet the fabulous Yeoman Warders and hear about the legendary tales of the castle’s history. Be entertained by tales of intrigue, imprisonment and torture, and hear everything about the famous prisoners executed on Tower Green.

Don’t forget to visit the ravens and see the Tower like never. Meet Jubilee, Harris, Gripp, Rocky, Erin, Poppy and Georgie, and be stunned by the intelligence of these Tower guardians.

We recommend you end your night with a high-level walkway on Tower Bridge, take in the stunning panoramic views of our city London and see beauty in its purest form. Tower Bridge lifts around 800 times a year, find out when the next Bridge Lift will be, it is not to be missed. 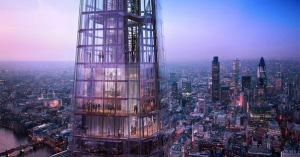 Top tourist attractions around our Conference Centres include the infamous Shard. The Shard is not simply an iconic building but represents a new innovative approach to expanding the urban landscape. It is home to offices, residences and public spaces. Being one of the tallest modern infrastructures in Europe, The Shard offers breath taking views of the iconic city of London.

The Shard is infamous for its Shangri-La Hotel, located on level 34, alongside endless bucket list restaurants and bars, what’s even better, all of this is in the neighbourhood of our fantastic America Square Conference Centre.

The Sky Lounge elegant surrounding offers relaxation in style, with an impressive selection of drinks including signature Veuve Clicquot cocktails. Fancy something different? Restaurant Ting serves seasonal modern British cuisine with an Asian twist, the best of both cultures. On the 52nd floor, the highest hotel bar in Europe Gong, perfect for late night drinks and a swim. Explore everything else The Shard has to offer, experience a memorable night with the best people. 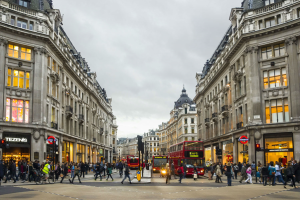 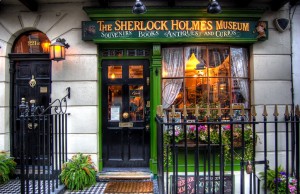 The Sherlock Holmes Museum is situated at 221B Baker Street, one of the world’s most famous addresses. Recreating the gas-lit world of London’s iconic detectives and his Victorian surroundings, immerse yourself in a treasure trove of items relating to Sherlock and the famous cases he solved, in the very setting which inspired them.

A splendid four-storey Georgian townhouse dating back to 1815, opened its iconic front door in 1990, and now attracts thousands of visitors from all over the world making a pilgrimage to the home of their literary hero. 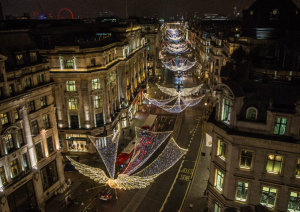 Located at the heart of London’s West End and right around the corner from Cavendish Conference Centre, Regent Street is one of the world’s most prestigious lifestyle destinations, famous for its flagship stores and international brands. Experience Regent Street, London’s distinctive home of fashion, dining, wellness and lifestyle.

Visit this magical location during the most festive season. Regent Street has long been renowned for its spectacular light display during the Christmas period, as the first ever central London location to boast Christmas lights, which decorated the street in 1954.

Named ‘The Spirit of Christmas’, our Christmas lights unite Regent Street’s world-class retailers, restaurants and hotels under a grand, sweeping canopy of light that stretches from Langham Place all the way to Waterloo Place at the southern end of Regent Street St James’s.

Created by James Glancy Design Ltd in partnership with The Crown Estate, the Spirit of Christmas lights make a beautiful and bold statement on Regent Street. Each of the sixteen individual Spirits is a piece of masterful, three-dimensional sculpture, hand-crafted in London using cutting edge techniques. The wonderful showcase leads to Piccadilly Circus, with very easy transportation links to the infamous Buckingham Palace. 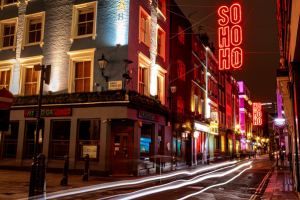 Our Hallam Conference Centre is the hotspot for one of London’s greatest night scenes. The energetic streets of Soho, in the West End, feature a variety of dining, nightlife, and shopping options.

Dean, Frith, Beak, and Old Compton streets are the epicentre of activity day and night, and long-running Ronnie Scott’s Jazz Club is also here. Theatre-goers head to Shaftesbury Avenue, while shoppers’ bustle around Carnaby, Oxford and Regent streets and the iconic Liberty’s department store. Enjoy the hustle and bustle of the city that never sleeps, with concerts, parades and the legendary China Town all located in the area. 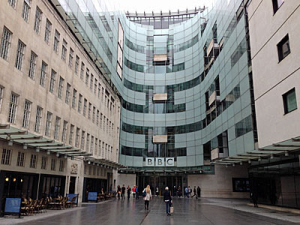 Designed by G Val Myer and  built in 1932, Broadcasting House was the BBC’s first purpose-built home for radio broadcasting. It is situated in central London between Oxford Street and Regents Park, adjacent to John Nash’s All Souls’ Church and is Grade II* listed.

Broadcasting House was restored after being bombed twice during the Second World War and has recently undergone further extensive renovation and extension. New Broadcasting House is now open and is one of the largest live broadcast centres in the world, with facilities including 36 radio studios, six TV studios and 60 edit/graphic suites. It houses BBC Radio, News and World Service.

Major artworks were commissioned as part of the new development. These include the new pavement artwork called ‘World’ and the glass and light ‘Breathing’ sculpture which stands on the new East wing of Broadcasting House. The latter is an international memorial to reporters and crew who have died while reporting the news.